Energized by the Possibilities of Pulsed Light

What’s exciting about Pulsed Light is the seemingly endless list of beneficial uses for the technology that have been discovered. And we keep learning of more. It was in this vein that two years ago, XENON launched the campaign “What could you do with high-energy Pulsed Light?”. In ads, blogs and social media posts, we have explored the question and shared what we have learned.

The diversity of uses for Pulsed Light shouldn’t be surprising. When you’re able to precisely deliver huge amounts of energy onto a target without generating significant heat that would damage the object, the possibilities seem endless. And when you add the fact that xenon lamps produce the full spectrum of light, it only increases its potential. Chemical reactions caused by Pulsed Light depend not only on the amount of energy being delivered, but also the frequency of the light. For example, it has long been known that ultraviolet light is effective for the deactivation of DNA in viruses and bacteria, but other frequencies within the spectrum can also have beneficial effects (see diagram). In some cases, it’s Pulsed Light’s ability to generate the full spectrum of light that makes it uniquely capable, for example, when being used to simulate sunlight during the testing of solar cells. 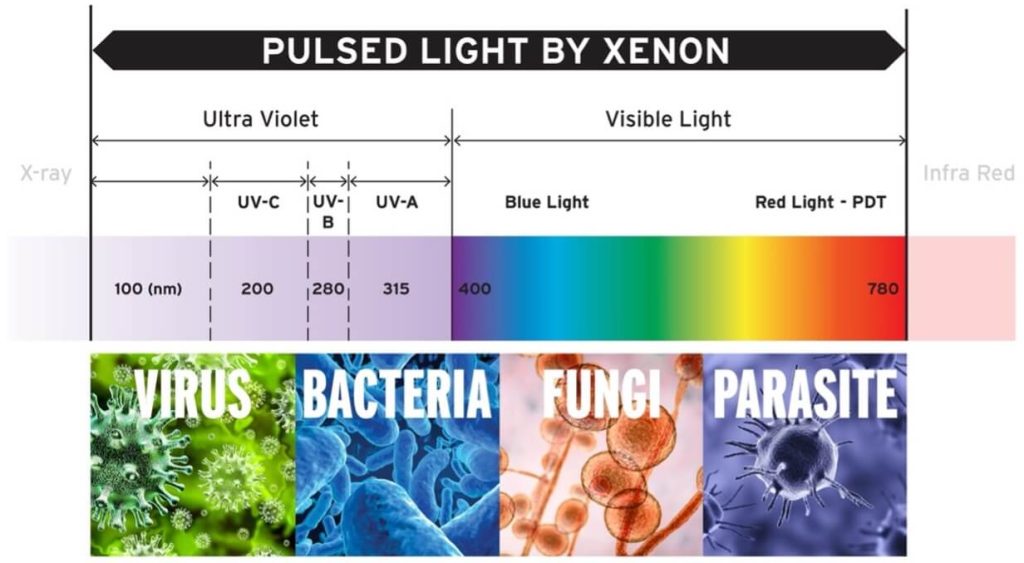 In the area of Food Safety and Enhancement, Pulsed Light is being used for the decontamination of processed foods, to improve the safety of drinking water, for the aseptic filling of dairy packaging and for the decontamination of meat conveyors. It’s now well known that treatment with Pulsed Light enhances mushrooms with Vitamin D, and continuing research has shown its ability to extend the shelf life of chicken eggs, cherry tomatoes, red bell peppers and avocados. It seems that every day, new research is published that demonstrates the positive effects of Pulsed Light on a wide variety of foods, including shelled walnuts, black peppercorns, edible oils, and even pet food. 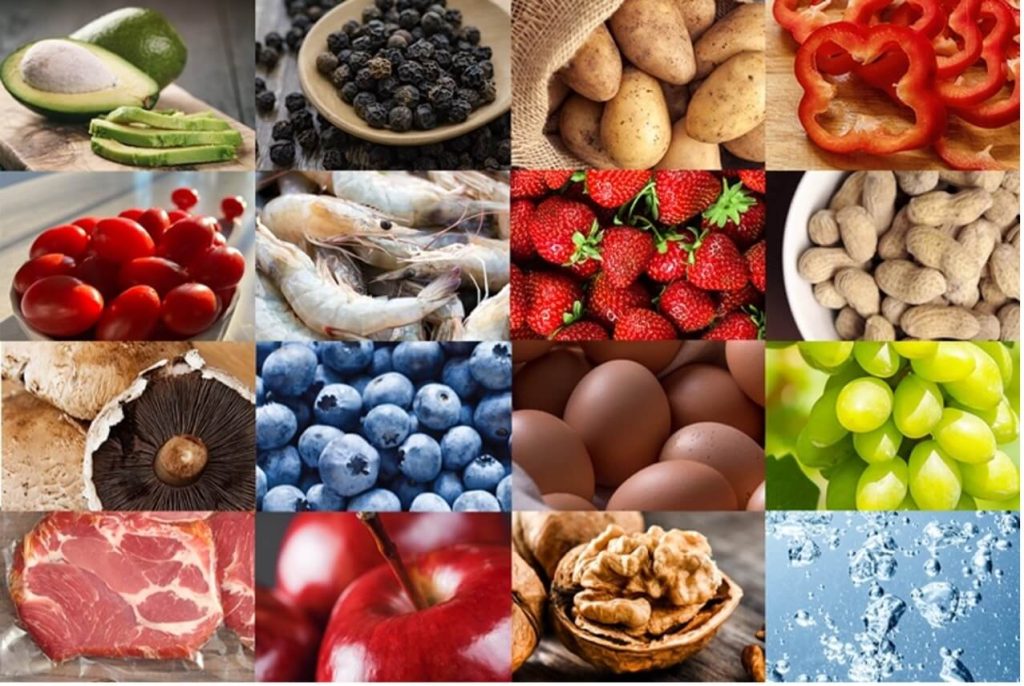 Shown here are some of the foods known to benefit by treatment with Pulsed Light.

Energized by the Possibilities of Pulsed Light was last modified: January 31st, 2022 by Carroll Ray

In the second year of Covid-19, applications for Pulsed Light disinfection continued to expand. The technology is now widely used in hospitals to disinfect surfaces in patient rooms and is even used for the disinfection of N95 masks, making them reusable. The use of Pulsed Light has expanded to more and more areas where people may be exposed to dangerous pathogens, including ambulances, restaurants, hotels, even the Texas State Capitol building and the headquarters of the Carolina Panthers professional football team. New Pulsed Light products have been developed to target areas where surface disinfection is particularly urgent, including the footwear in food processing facilities and airport security bins. 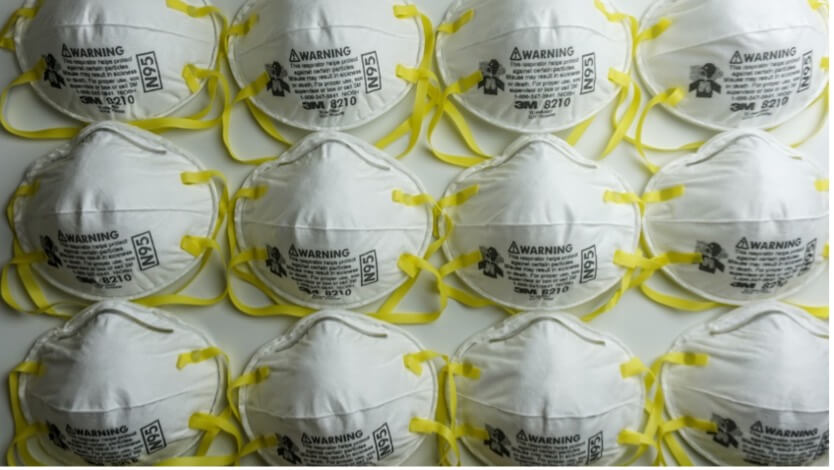 Pulsed Light decontamination is an effective and efficient process to ensure safety of N95 mask reuse.

Energized by the Possibilities of Pulsed Light was last modified: January 31st, 2022 by Carroll Ray

And the discoveries continue. 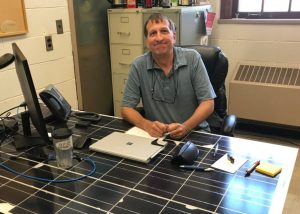 The secret is out.

In the past year alone, Pulsed Light technology has been the focus of countless research studies. Articles have appeared in a wide variety of publications and scientific journals including DairyFoods.com, FacilitiesNet, Food Science and Technology, The Journal of Food Science, The Journal of Healthcare Engineering, Machine Design, Mushroom News, Poultry World and Scientific Reports. The variety of publications speaks to the diversity of industries that are benefiting by the use of Pulsed Light technology.

There has never been a more exciting time to be involved with Pulsed Light technology and as we look toward 2022 and beyond, XENON will be at the forefront of innovation, continuing to earn its reputation as the Pulsed Light Experts.

Energized by the Possibilities of Pulsed Light was last modified: February 1st, 2022 by Carroll Ray