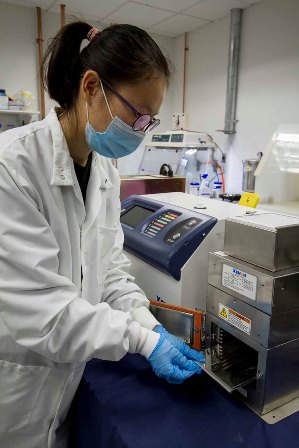 Wilmington, MA — XENON Corporation recently conducted a webinar in conjunction with New Food Magazine to introduce Pulsed Light technology and its applications for the food industry. The hour-long webinar, “Pulsed Light’s Application in the Food Safety and Enhancement Space” was attended by food safety experts from around the world. The webinar and all related materials can be viewed here.

XENON understands that the food industry is always on the lookout for new ways to increase the safety and shelf-life of its food products, so the company felt that it was important to share its knowledge and experience with those who could benefit most by the inclusion of Pulsed Light technology in its operation. As the developer and leading innovator of the technology, nobody knows more about Pulsed Light and the many benefits that it offers to the food industry.

The webinar included presentations by Lou Panico, founder and CEO of XENON Corporation, Dr. Saad Ahmed, XENON’s chief scientist and Vice President of Operations, and Beining Ouyang, XENON’s in-house microbiologist who works with customers on testing and validation of the effectiveness of Pulsed Light to solve customers’ decontamination challenges.

What is Pulsed Light?

Pulsed Light is defined as high-energy pulses of light from a xenon light source. A single pulse of xenon light produces a large volume of photons in a short period of time, not unlike a lightning bolt. A single milli-second burst of Pulsed Light is equivalent to the energy that would require 60 seconds of continuous light. That power produces a variety of chemical reactions without generating heat that would damage the product being treated.

Xenon light produces a full-spectrum, from ultraviolet to visible infrared — a bandwidth nearly identical to sunlight, but with much higher intensity. These characteristics are what make Pulsed Light uniquely able to destroy nearly every type of pathogen including viruses, bacteria, fungi, and parasites.

How does it work?

Pulsed Light attacks cells by a variety of mechanisms. For example, UV-A light damages a cell’s membrane while UV-B damages the backbone of the DNA, UV-C damages a cell’s protein and thiamine, and visible infrared (VIS-IR) attacks the cell, resulting in water loss. This combined attack on a cell’s structure overcomes the ability of a cell to repair itself through a mechanism called Enzymatic Photoreactivation. When Pulsed Light kills a pathogen, it stays dead, and with no residuals.

Where is Pulsed Light used in the food industry?

Pulsed Light is a fast, chemical-free technology that can reduce pathogen contamination on conveyors and food packaging. Other known applications of interest to the food industry include shoe sanitization, decontamination of shipping containers and storage spaces, and disinfection of air and high touch surfaces using robotic and/or fixed-position products.

In addition to its food safety benefits, research has shown that many food products are enhanced by exposure to Pulsed Light. For example, exposing mushrooms to Pulsed Light results in Vitamin D values that exceed the Recommended Daily Allowance as determined by The Food and Nutrition Board of the National Research Council. And many foods see their shelf-lives extended by a chemical-free treatment with Pulsed Light.

XENON then introduced its product lineup, which includes systems designed for food conveyor decontamination, for disinfection of objects that pass between non-sterile and sterile environments, and modular systems that can be applied to many different disinfection applications. The webinar closed with a Q&A and a number of attendee questions were answered by XENON’s experts. If anyone has questions after viewing the webinar, they are invited to submit their queries through email to Laurie Panico at LAPanico@xenoncorp.com or by calling 978-737-7819.